Was it the allure of Chip butties and Mrs.Rays raffle that drew so many contenders out on this sunny Summers evening? Or the fact that it was a nominated race also, meaning that there was a chance of winning even if you didn’t actually win the race, (make sense??……Good!)

Excitement was building as the roadrunners congregated along with invited guests from other Island clubs to collect their numbers for the annual 10k championship. Nominated times had been submitted the previous week, largely by guesswork and many on the conservative side as many competitors had the upcoming league race on Sunday in the back of their minds.

The runners assembled excitedly outside the Riverside Centre, all feeling naked without their trusty watches. On the stroke of 7pm they were given the off. Running toward the Quay Arts Centre, they swung a right up Little London and continued along the cycle track before embarking upon the long drag up Stag Lane.

They emerged huffing and puffing onto Horsebridge Hill for a welcome downhill section before hitting the second incline in the shape of Clissold Road. The runners were greeted here by the joyful sight of the water station manned by our very own Simon and Jo Randall, giving everyone plenty of encouragement as they went past. The runners then hurtled down Standen Avenue before being ushered safely across the road for the home leg. A right turn down Hunnyhill gave the roadrunners the final bit of momentum to keeping pushing on to the finish back at The Riverside Centre.

Paul Cameron was the first runner back showing his road to recovery is a path he’s at the end of and what a joy it is to see him getting back to his best.

“My legs hurt!” He jokes on Facebook the next day “I was actually really surprised with my time. I’m pleased”

And so he should be, he was so quick that Jacob, our photographer for the night, missed him! Michael Douglas was next to cross the newly laid bridge across the Medina to take 2nd place. Ross Wilkes continued his spate of brilliant performances to come home 3rd, with Stu Backhouse in 4th and Steve Rumsey in 5th. 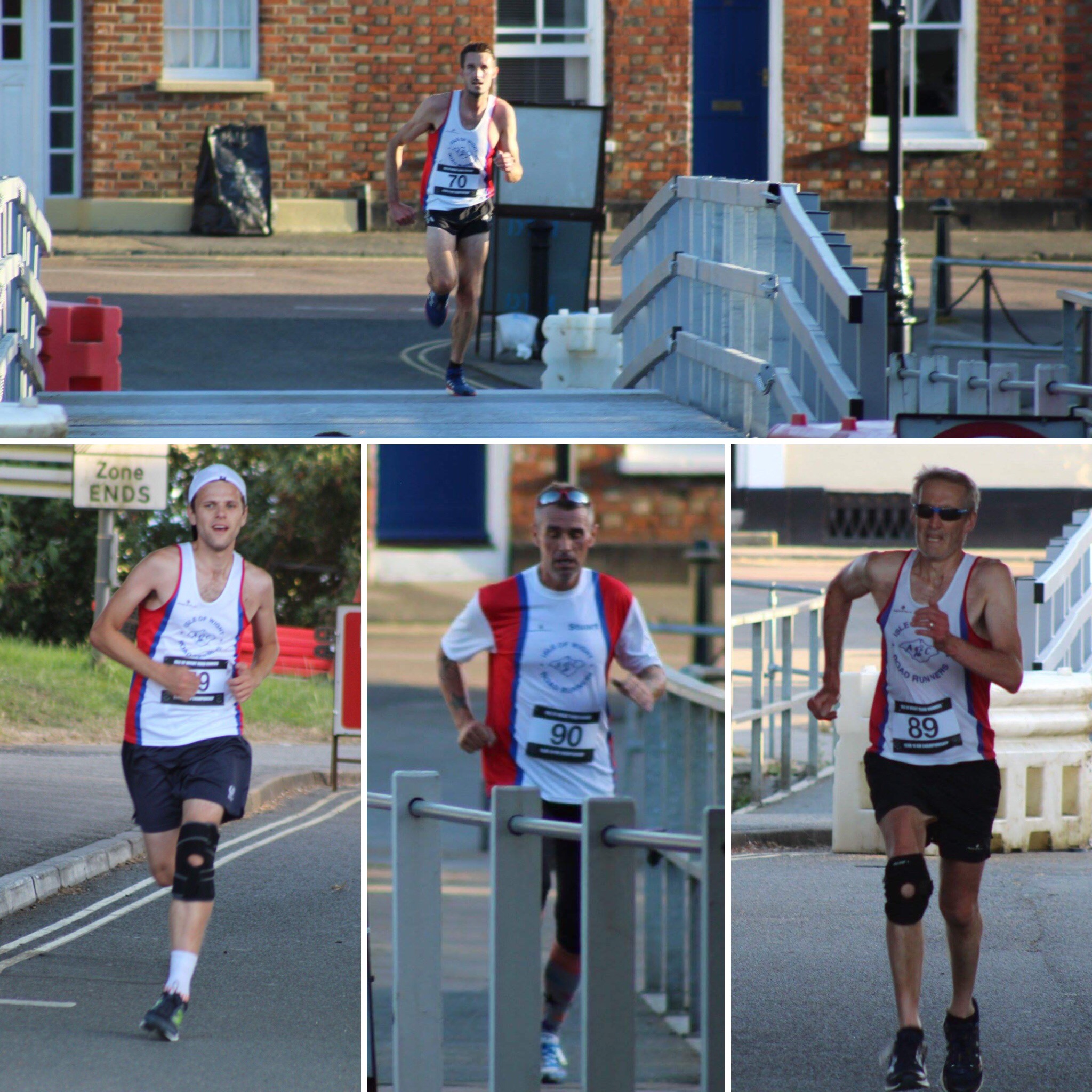 For the ladies, it was Trish Train who took the top spot, with Jodie Wilmott running herself an unofficial Pb to land herself in 2nd. Polly Segar ran herself into 3rd position with Sarah Holmes delighted to come in 4th place and Lou Howell in 5th. 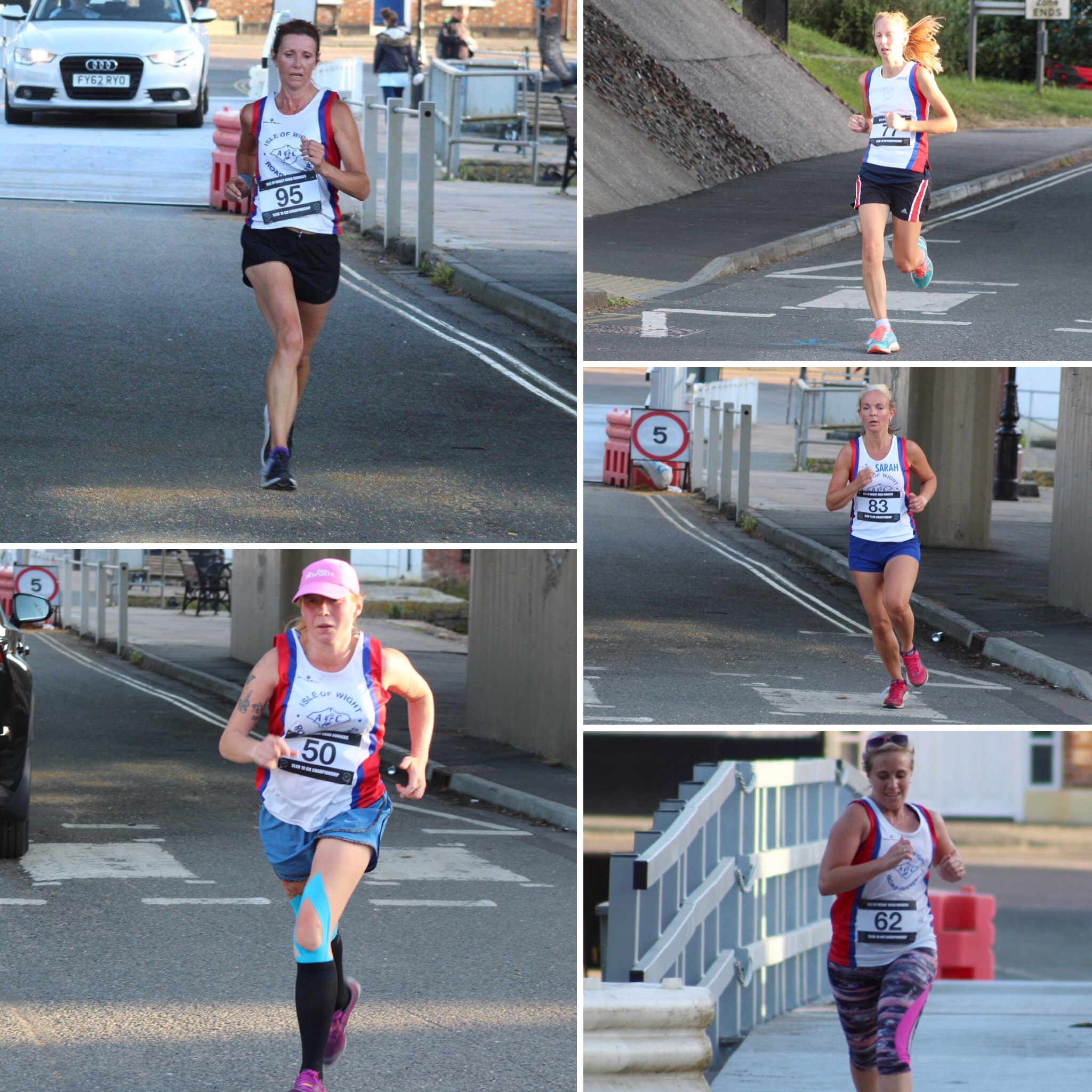 In they came, one by one and two by two, all having run themselves proud. 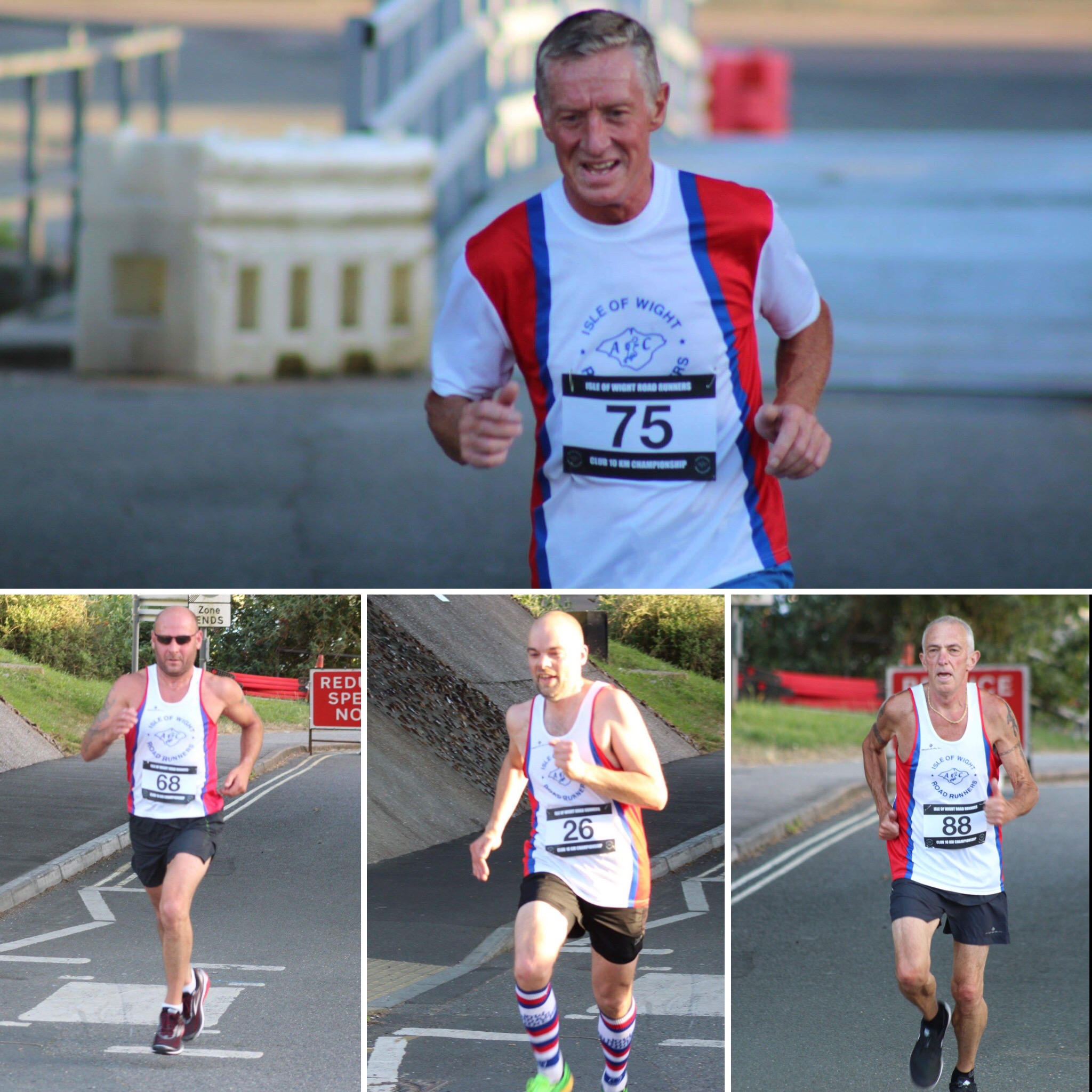 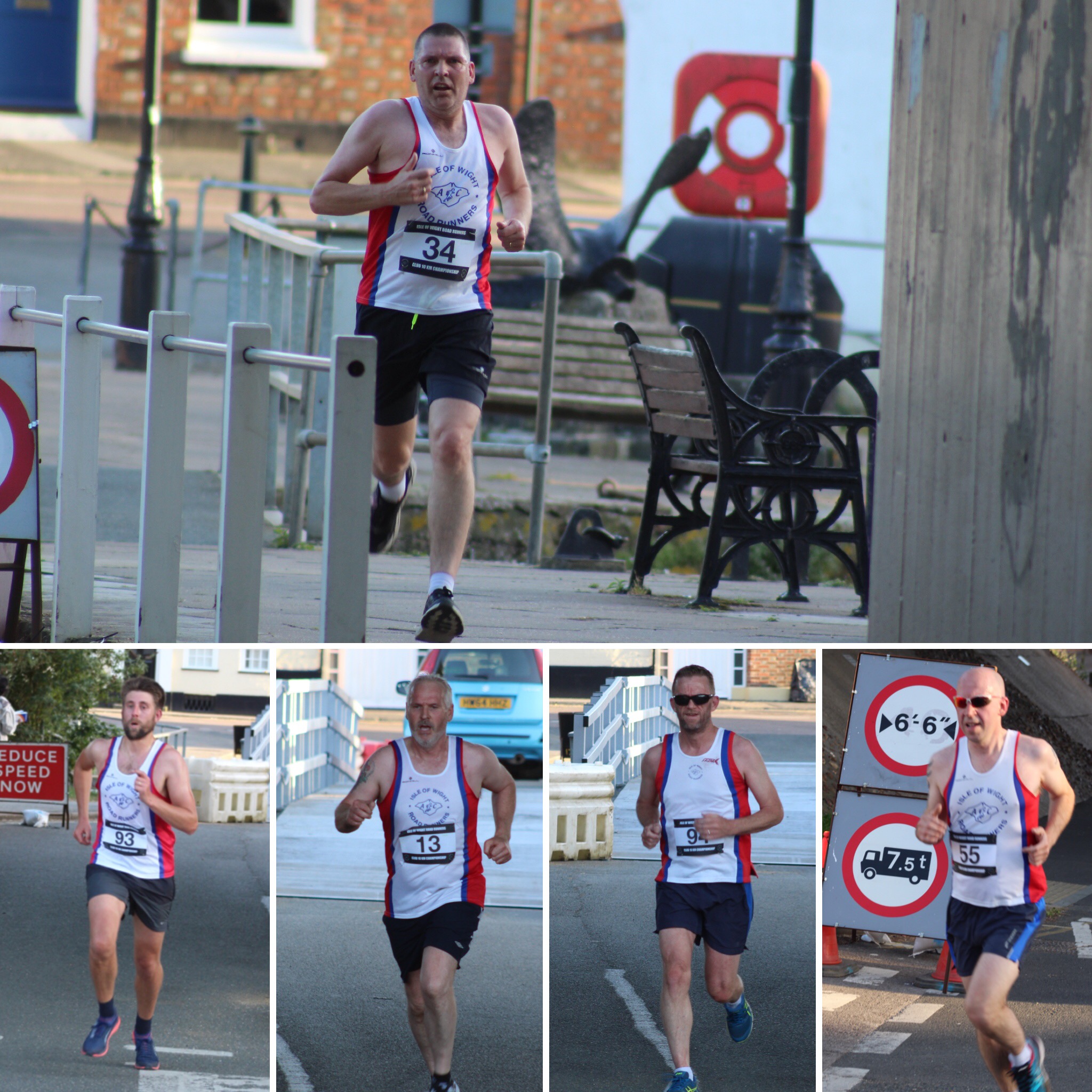 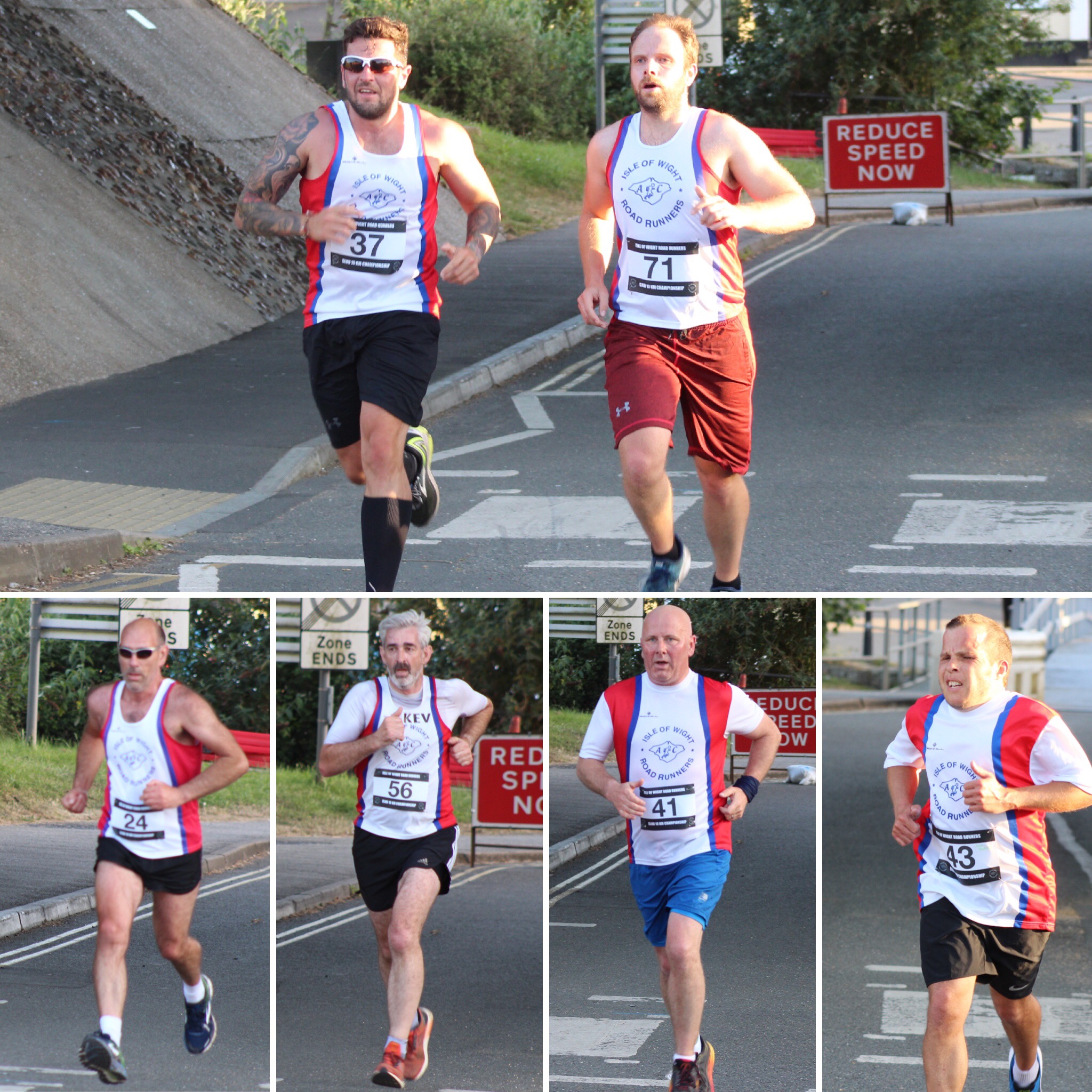 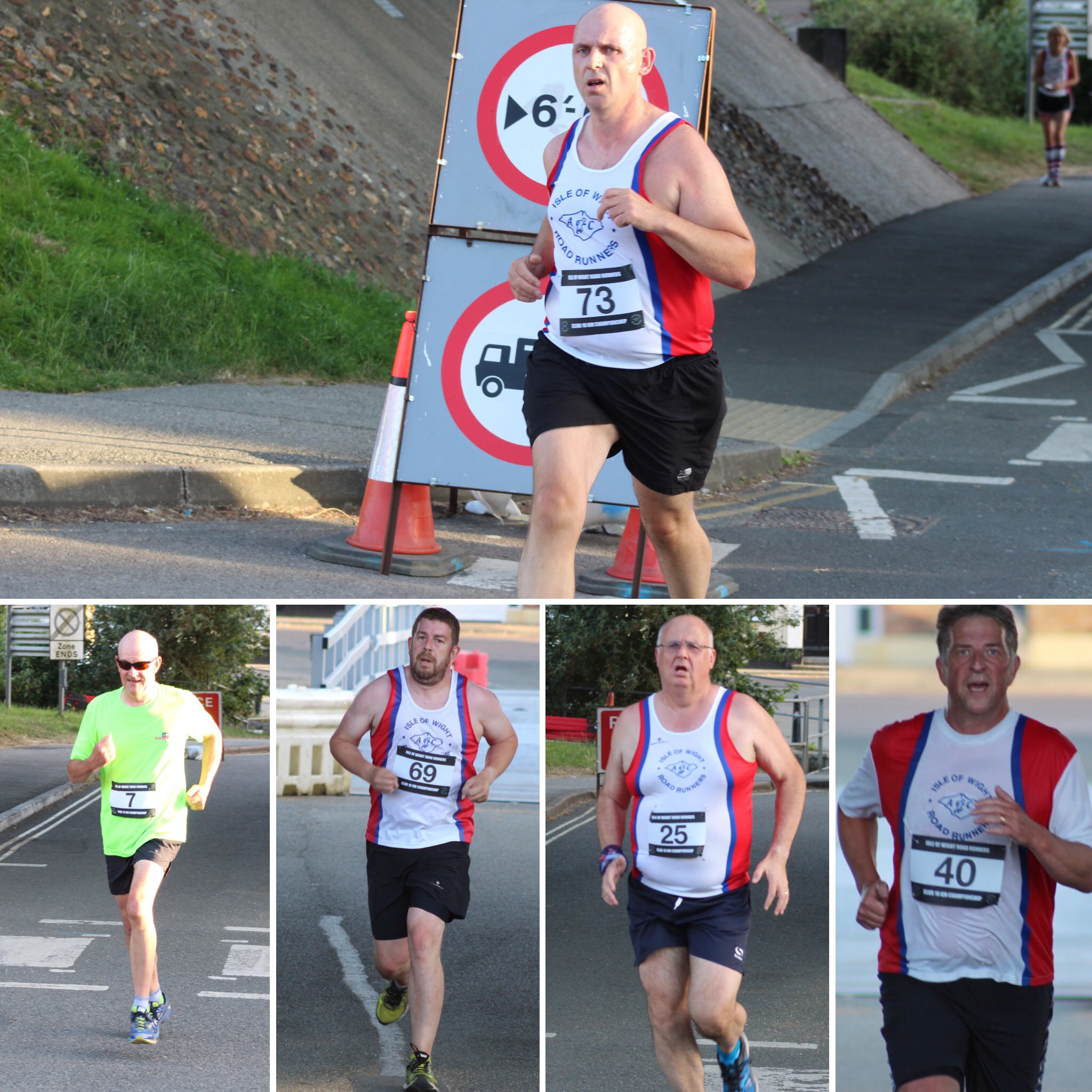 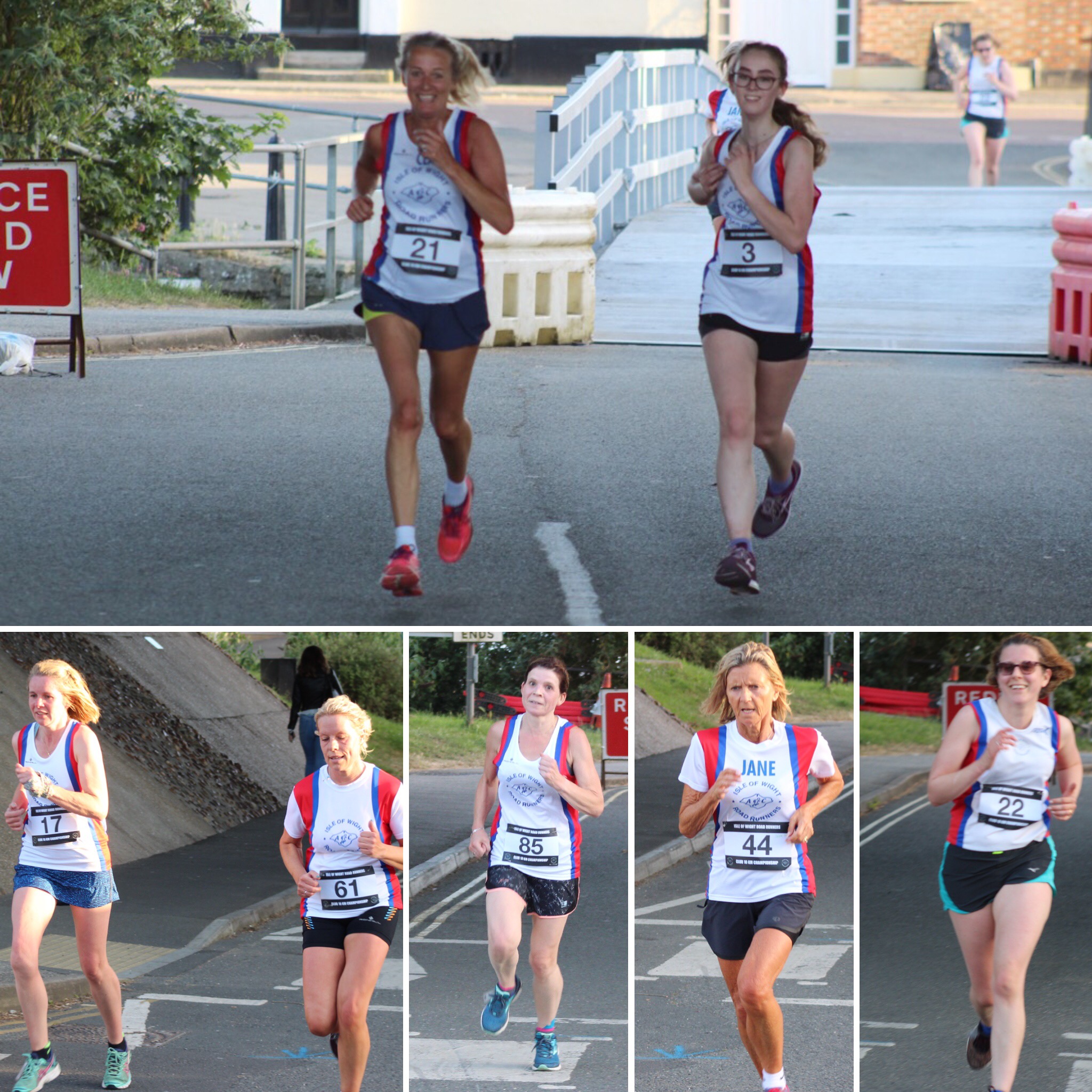 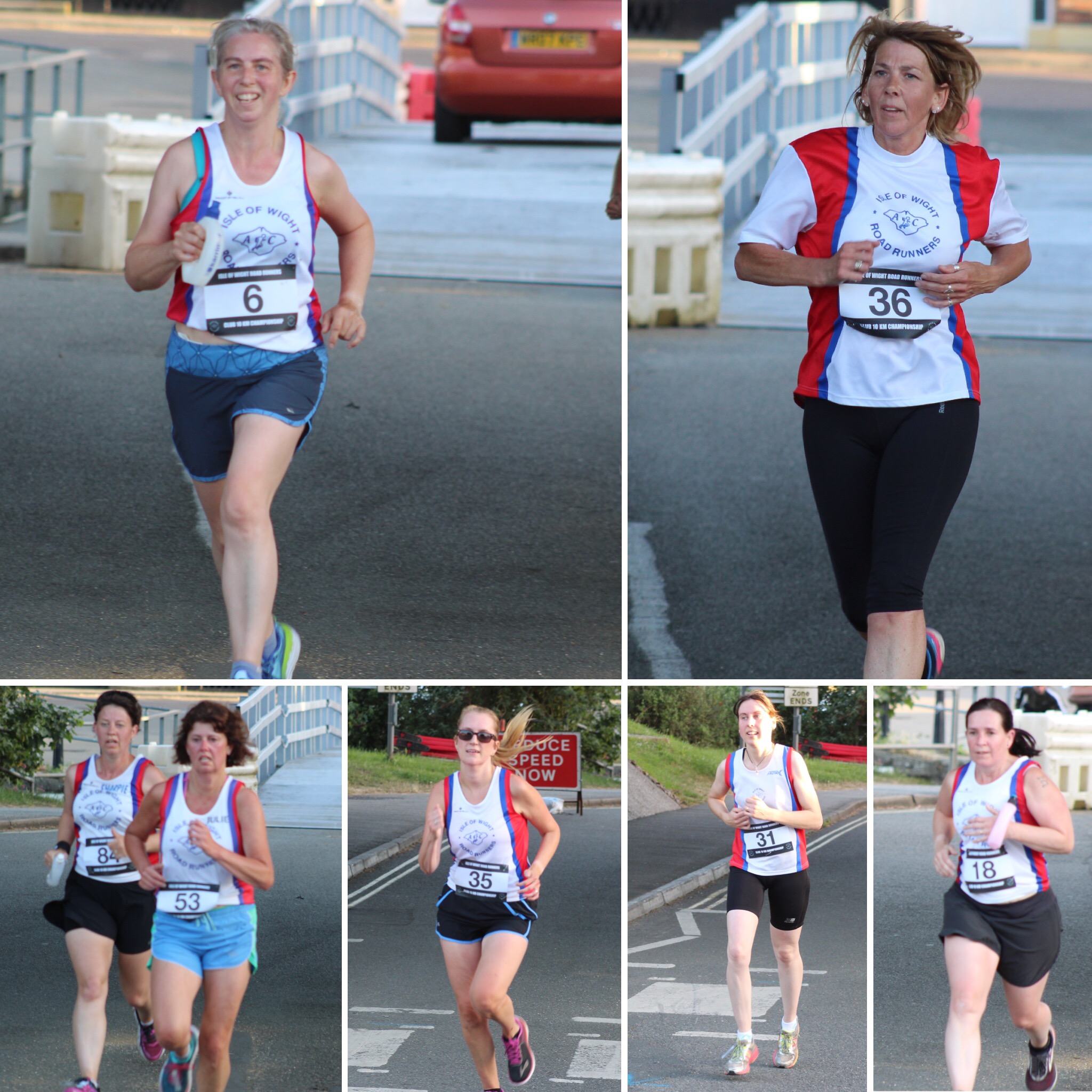 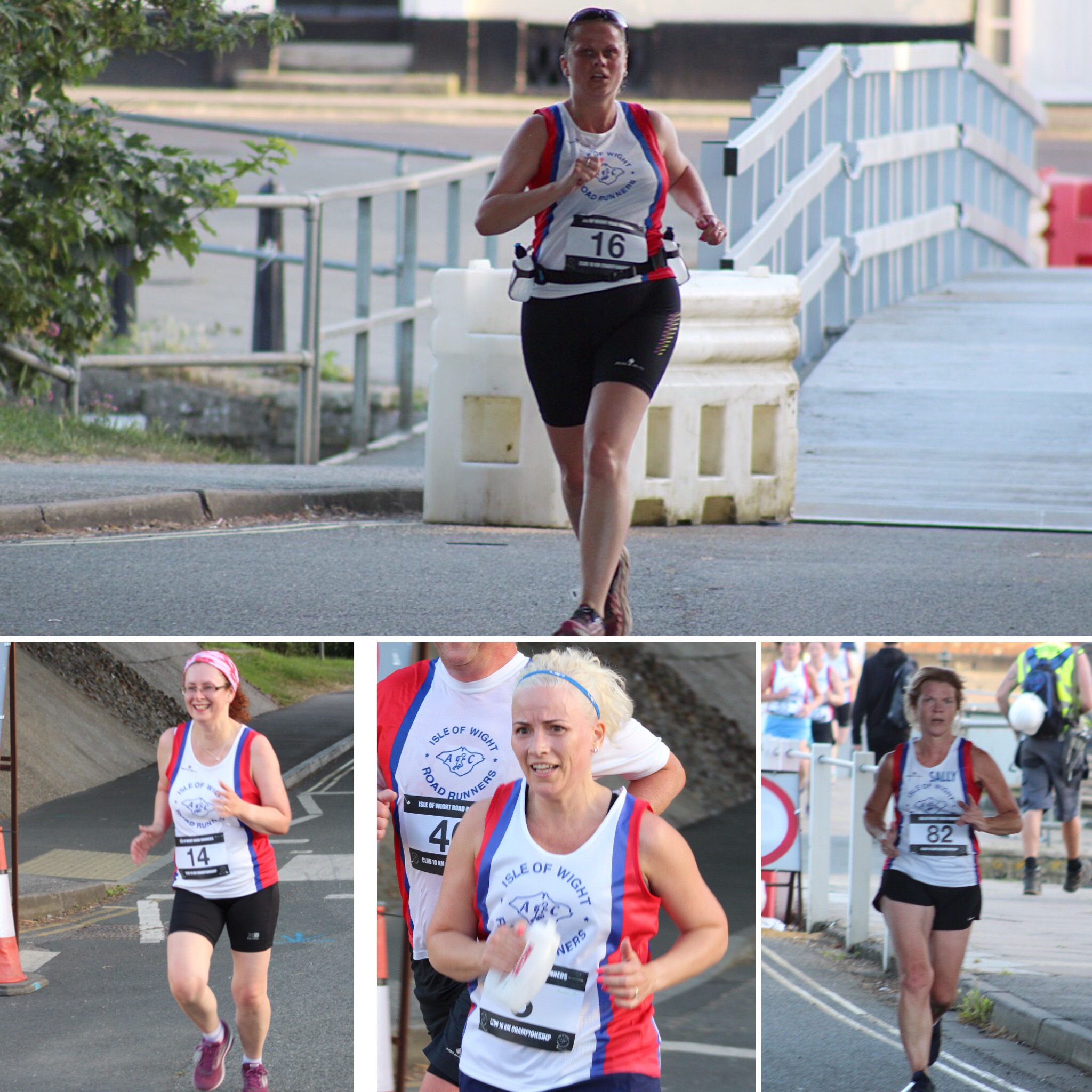 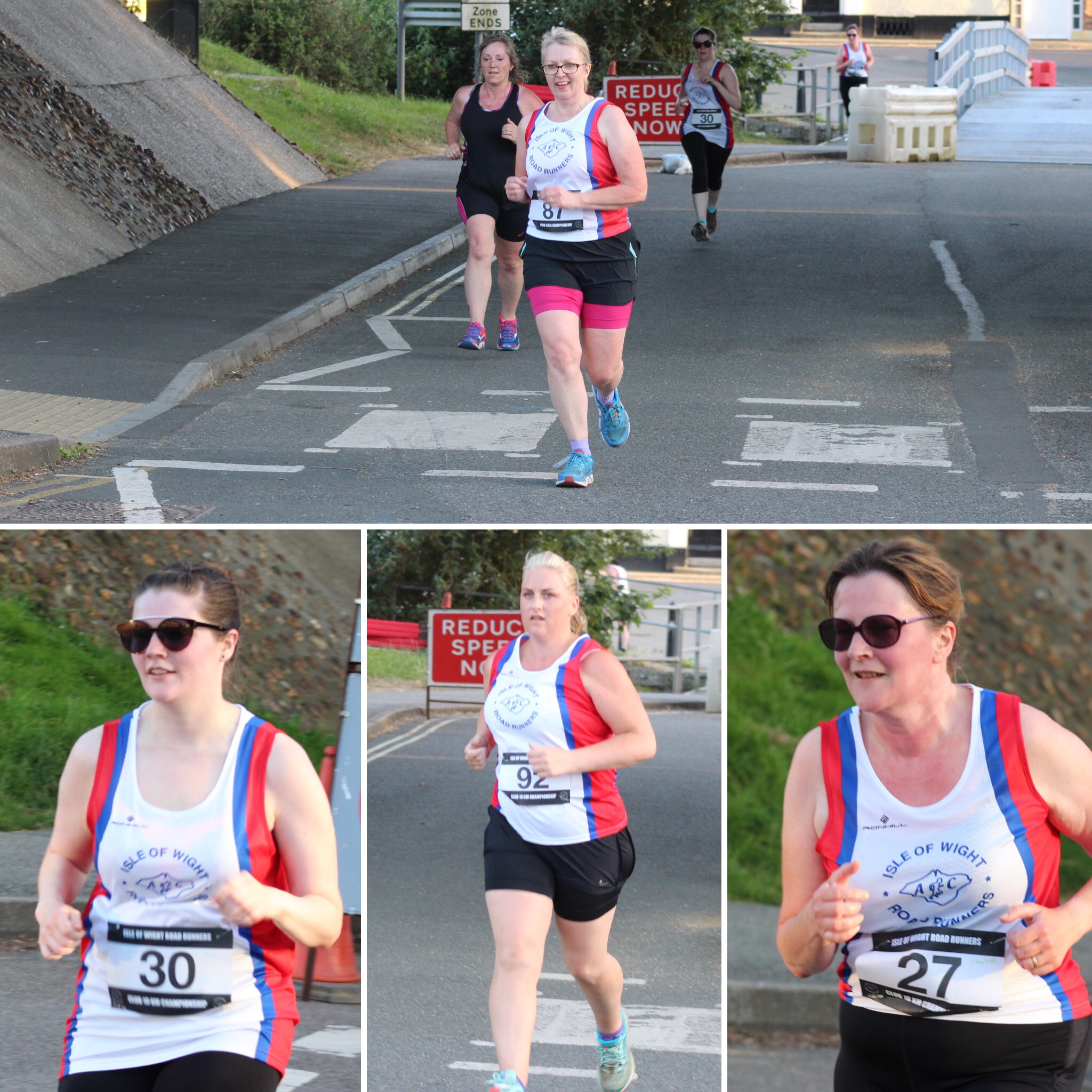 But the real winners of the night were those who guessed their times the most accurately. The runners all got themselves a congratulatory chip butty and a drink from the bar as they gathered around for the grand reveal.

Sally Trotman was 18 seconds outside her estimated time to take third position. Jane Andrew repeated her nomination success from The Rog Run to guess within 8 seconds of her time. The outright winner of the night was relative newcomer Giorgio Marinelli who was only 4 seconds out from his predicted time.

“What a massive surprise!” He beams “What a cool event”

As the winner, he got to choose where this year’s charity donation went, (£1 from each entry). He opted to donate the kitty to The Wessex Cancer Trust.

The night was rounded off with a rendition of Happy Birthday and a huge chocolate cake to celebrate our Chairman’s birthday, (luckily he escaped “The Bumps”) 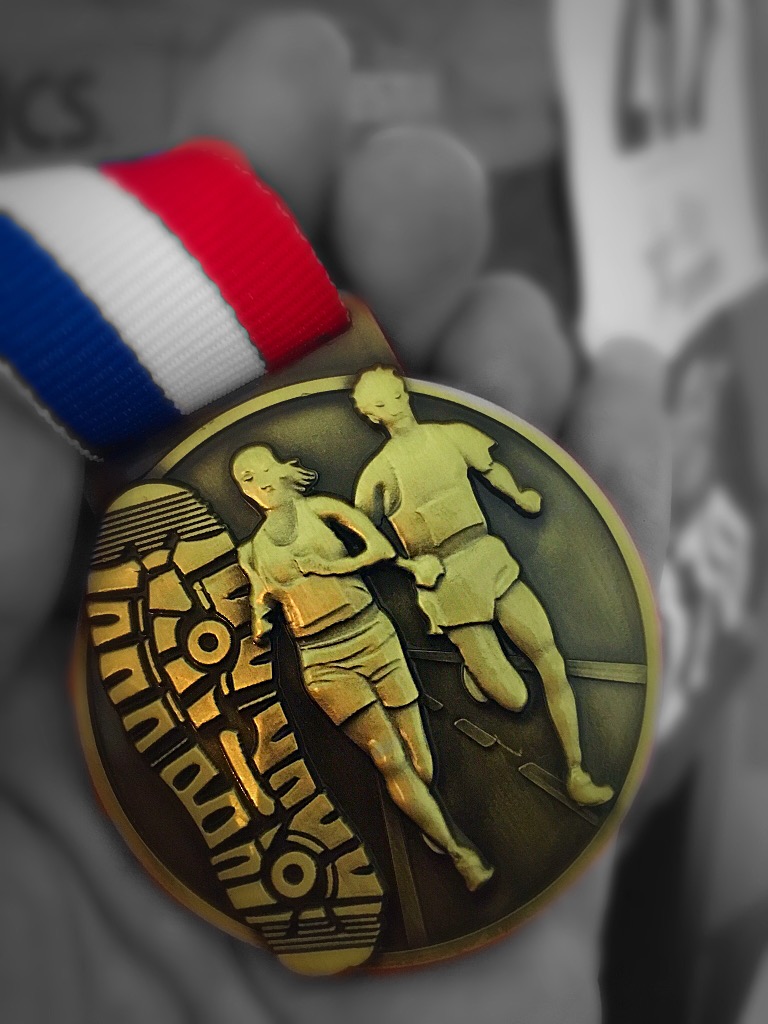