Five Isle of Wight Road Runners travelled to participate in Bordon Heaths Brutal 10k, the course is a two-lap event, with undulating, twisty trails and enough mud and bog to sap the strength of even the mightiest Brutaleer! 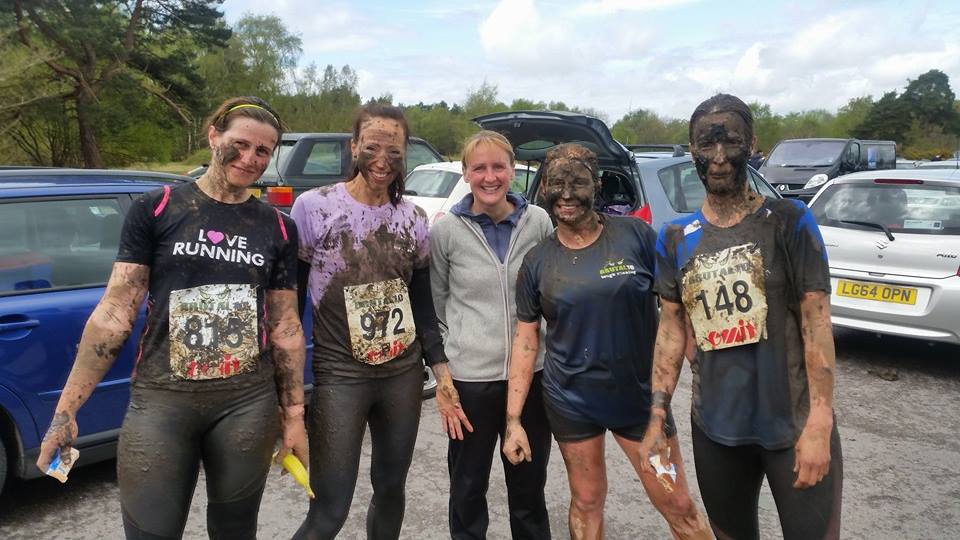 And Claire ran with Cally:

A large group of IWRR’s traveled to Brighton to either compete in the Marathon or support the runners.

An expected 10,000 people were due to finish the race. Weather conditions changed for the better as just this weekend Brighton had experienced sunshine, rain, wind and Saharan pollution. The orgainsers also provided water at nearly every mile of the race due to the sunny conditions.

We had 20 start this fast and flat course making it perfect for a marathon PB. For some participants this was a marathon debut, lots of others managed a PB whilst some battled with injury to finish. Unfortunately we had one member give a very gallant effort but was too ill to finish. 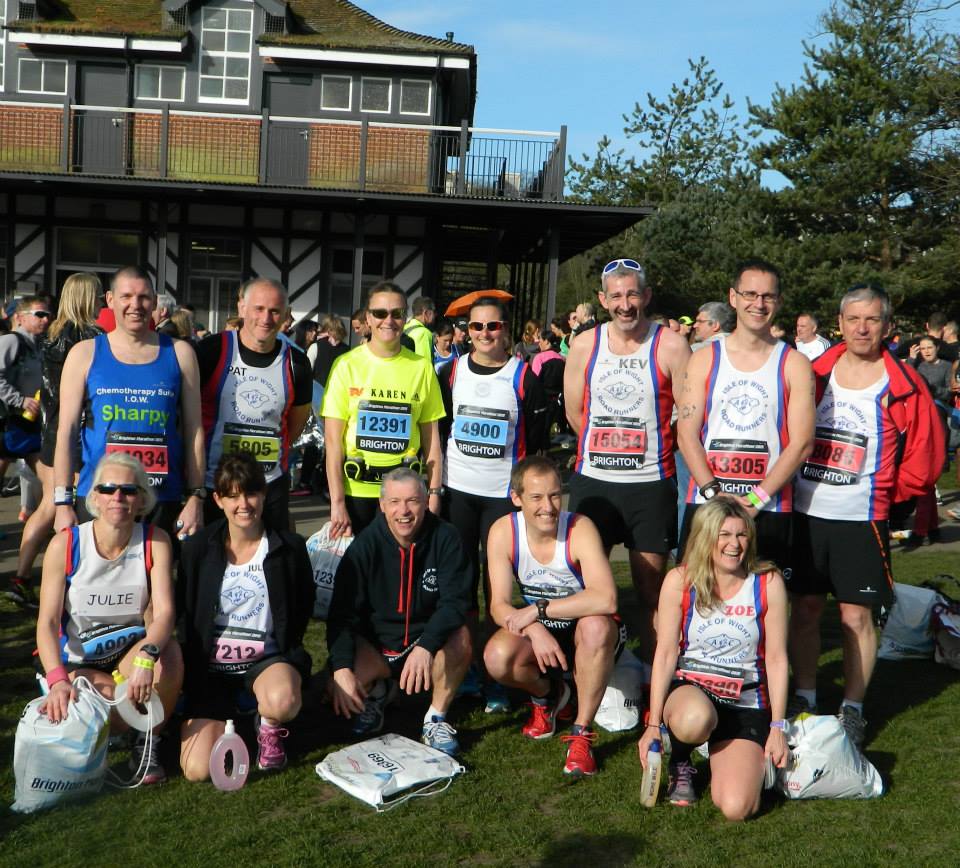 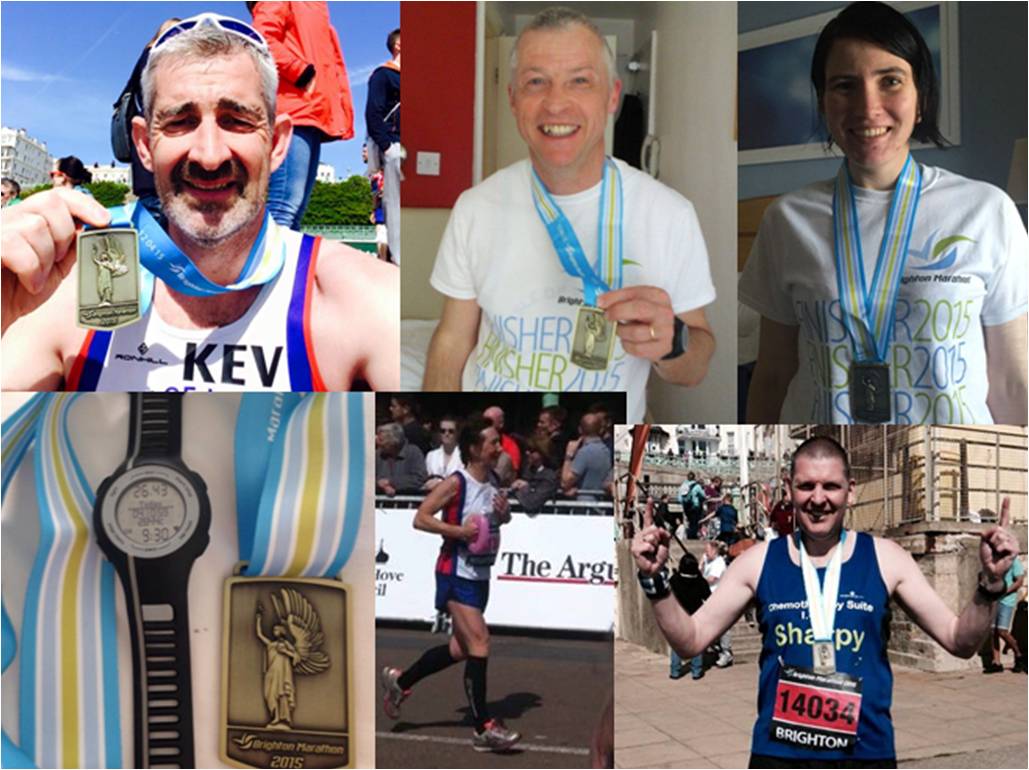 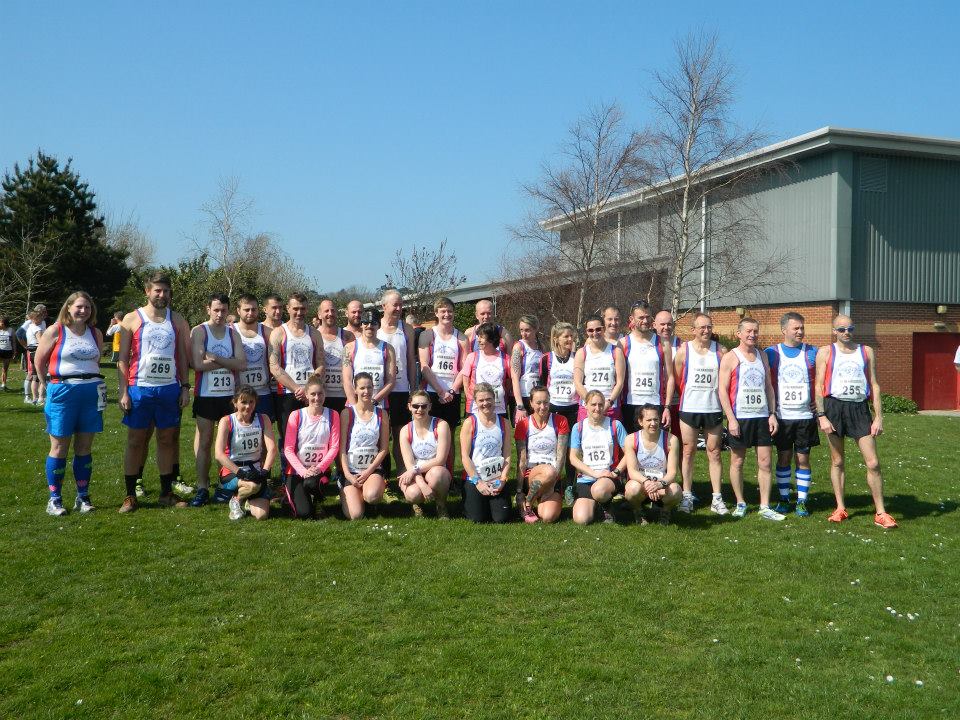 The first of which was Saturday afternoon, Newport to Ryde multi-terrain race. The weather was overcast, cool with light winds for those tackling the stiles, forests and trails.

35 IWRR’s completed this race, for lots this was their first time. The IWRR’s came away with team awards for first and third mens teams, the women won second team and individual prizes for age categories – lots of club bling, well done!

The final race was held Easter Monday – The Three Hills although the terrain profile would suggest more than three hills are involved.

Runners take in an 8 mile XC loop from Freshwater Sports Centre. The weather had changed for the better and 34 IWRR’s embarked on this demanding course in glorious sunshine.

Our mens team of Paul, Pete and Stu were untouchable as they came in first again and our women were third, also more age group related prizes. 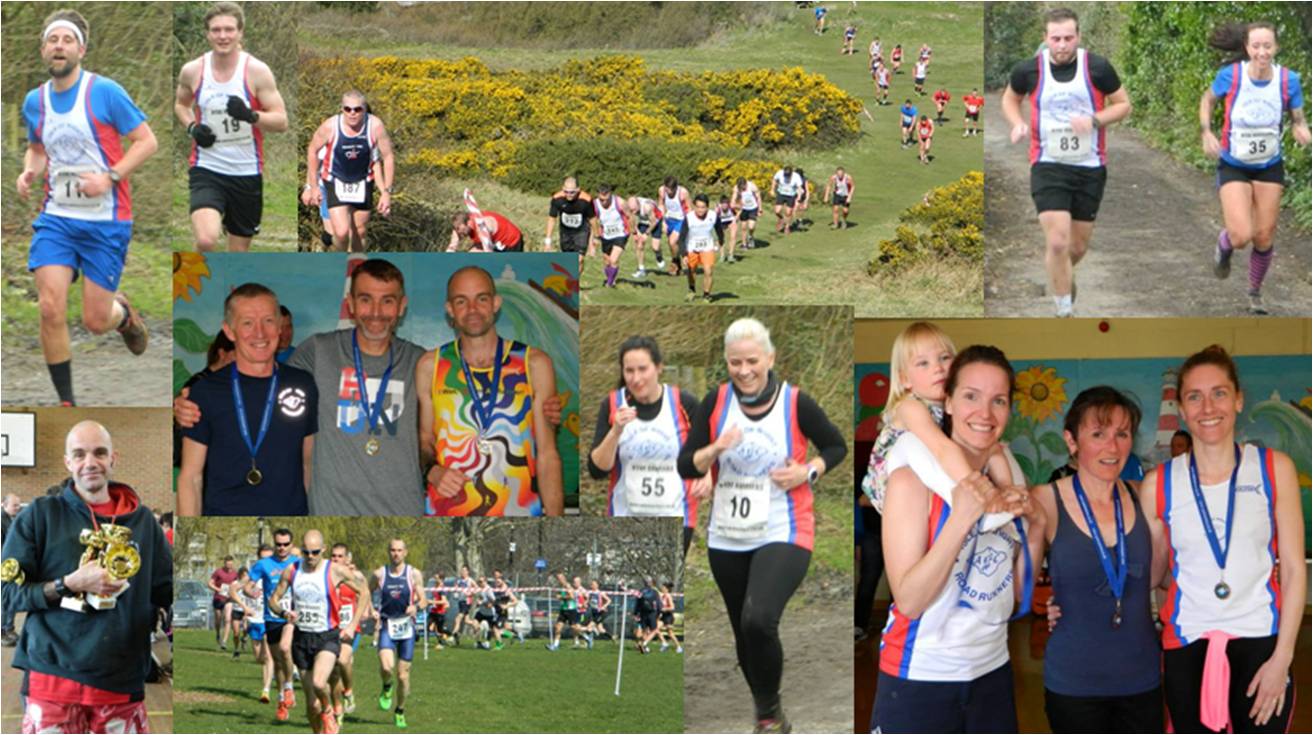 19 IWRR’s coached to participate in Eastleigh 10k today. This year saw the largest number on entrants, always a well marshaled and supported road race following a figure of eight route through Eastleigh finishing in Fleming Park.

The clouds parted for the 9am start accompanied by wind. We had a few members completing the distance for the first time, PB’s from others and some tackling the race with illness. A few people super-close to PB’ing, not to worry a few 10k’s left in the season to smash them! 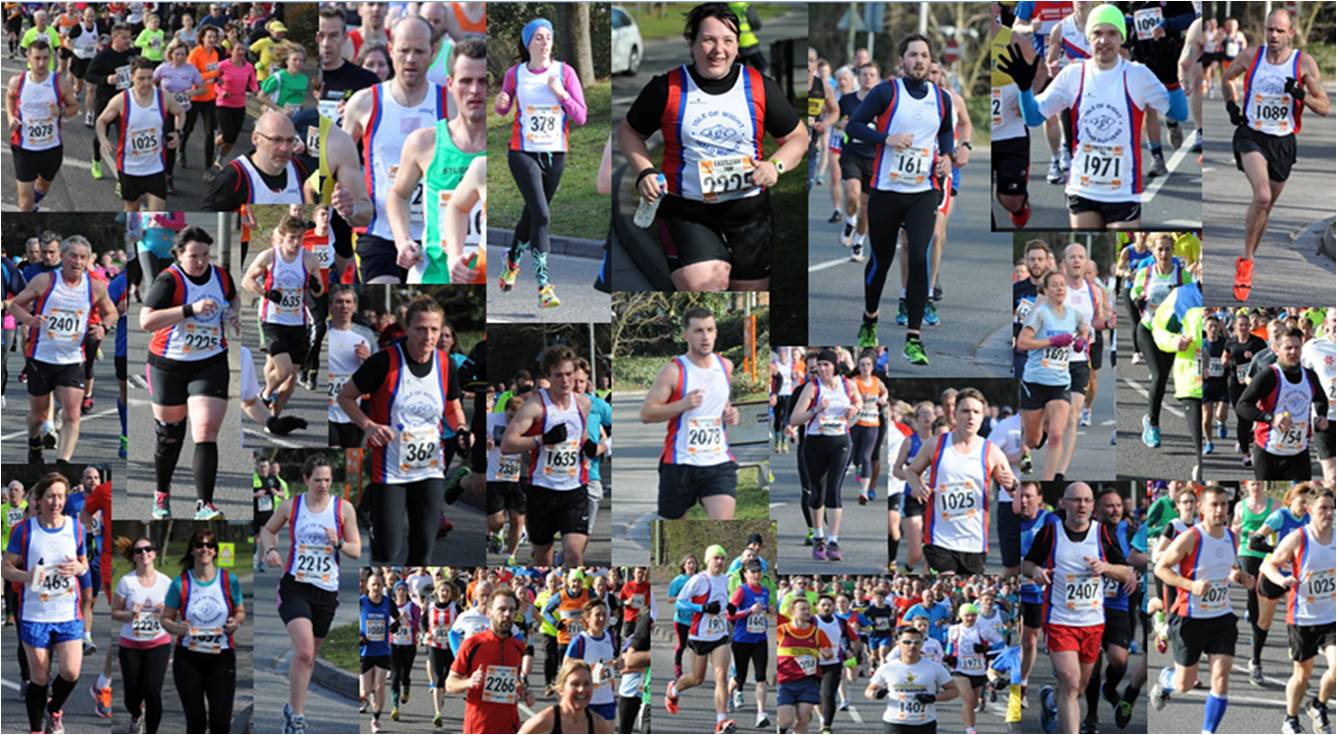 Special well done to Paul Cameron for getting a prize for 5th Vet 40! 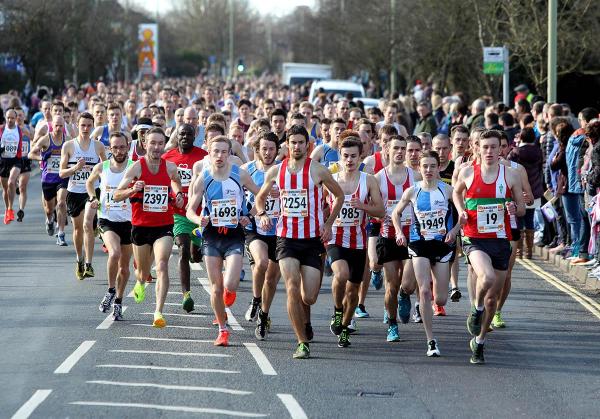 Three very demanding races awaited our 13 IWRR’s. We had entrants into each race; Half Marathon, 20 Miles and finally a full Marathon.

The races were held in Rushmore Estate, Wiltshire.  All races were undulating and mainly off road with over 700 entrants for all the races. The Marathon covered a mammoth three counties on its route over the hillside. 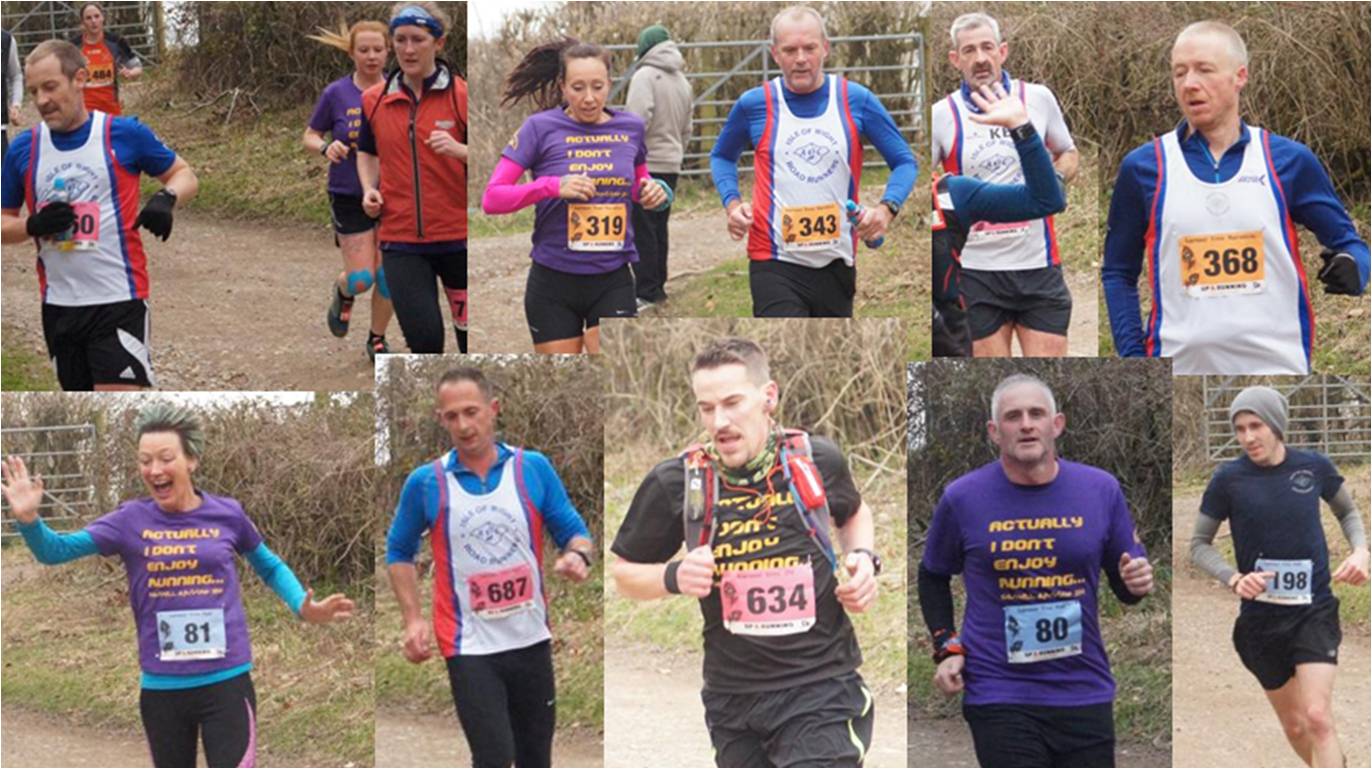 Absolutely brilliant running and times, celebratory Beers and Muffs for all competitors. With some beautiful medals to follow!

Sunday 1st March was the final of the Ryde Harriers Cross Country series.

The Arthur Biggs Handicap race; which participants could enter if they’d raced at least one of the previous XC’s in the series. There is a male and female winning trophy, the largest time difference between the previous races and this final race secured a win.

Well done to all who ran any of the series, thank you to fellow club Ryde Harriers brilliant organising once again and a special congratulations to the womens champion Jo Randall! 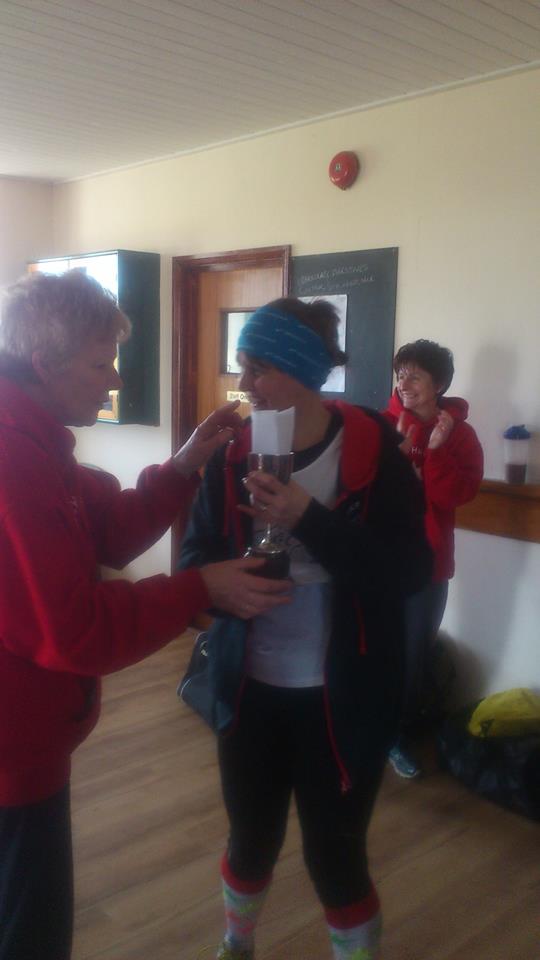 The route covers 10 miles of Wiltshire countryside, an undulating course starting and finishing on the athletics track. The weather was overcast with some light wind which worked in the participants favor as lots of our runners got PB’s, to include Birthday Boy Martin Keyworth. 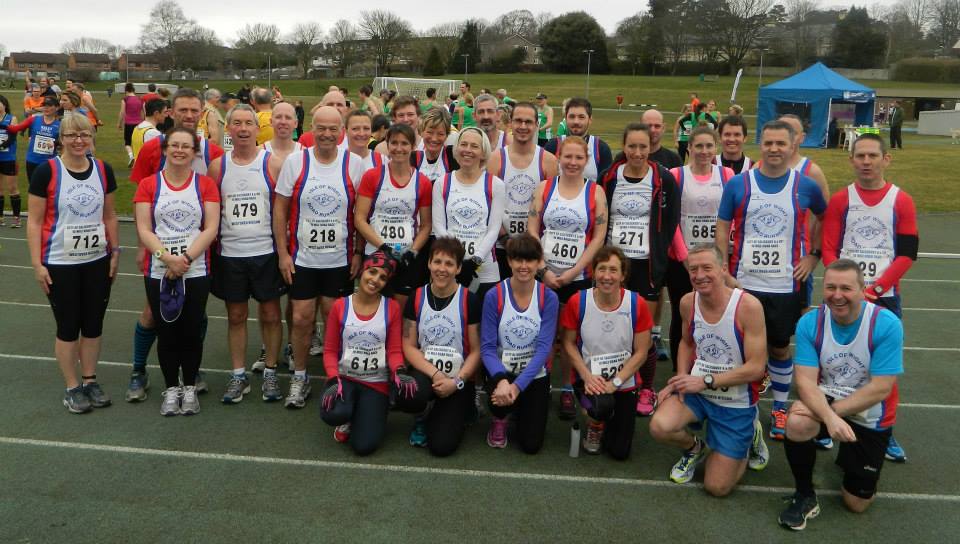 Here are the finishing times and positions of our 32 runners: 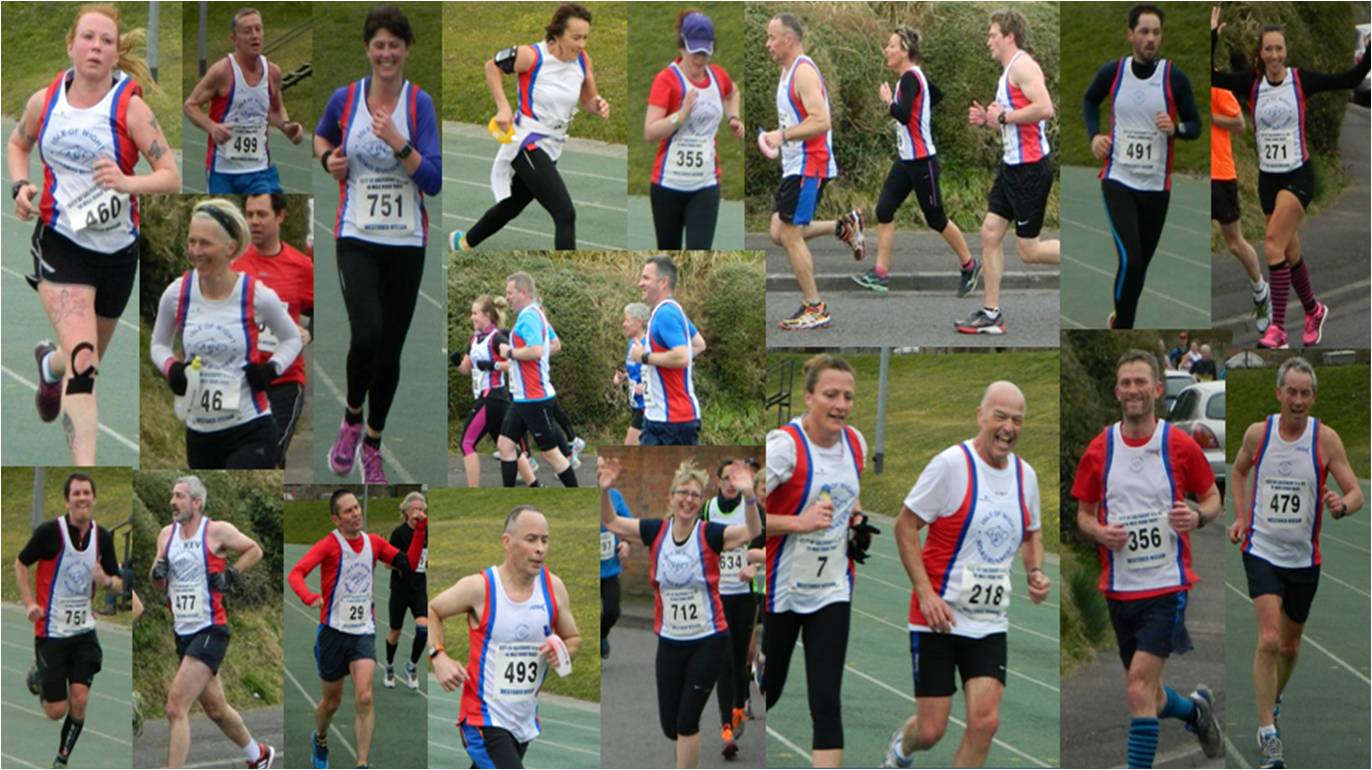 Excellent running from all, brilliant times and as ever some lovely club camaraderie!!

A total of 29 IWRR’s took on the undulating mud and water that has become synonymous with Ryde Harriers XC’s. This was the second of their 2015 Cross Country season.

Very respectable results for both women and men covering 5 and 7 miles respectively.

We came away with an impressive medal/trophy haul. Firstly Paul Cameron for First Man home and 1st V40. Stuart Backhouse was 3rd V40 and Pete Sexton 2nd V50. Hayley Baxter came in 2nd V35 for the women and we also received medals for our teams with the top three men: Paul, Stu and Danny coming in first and our top three women: Hayley, Jodie and Abi third team home. 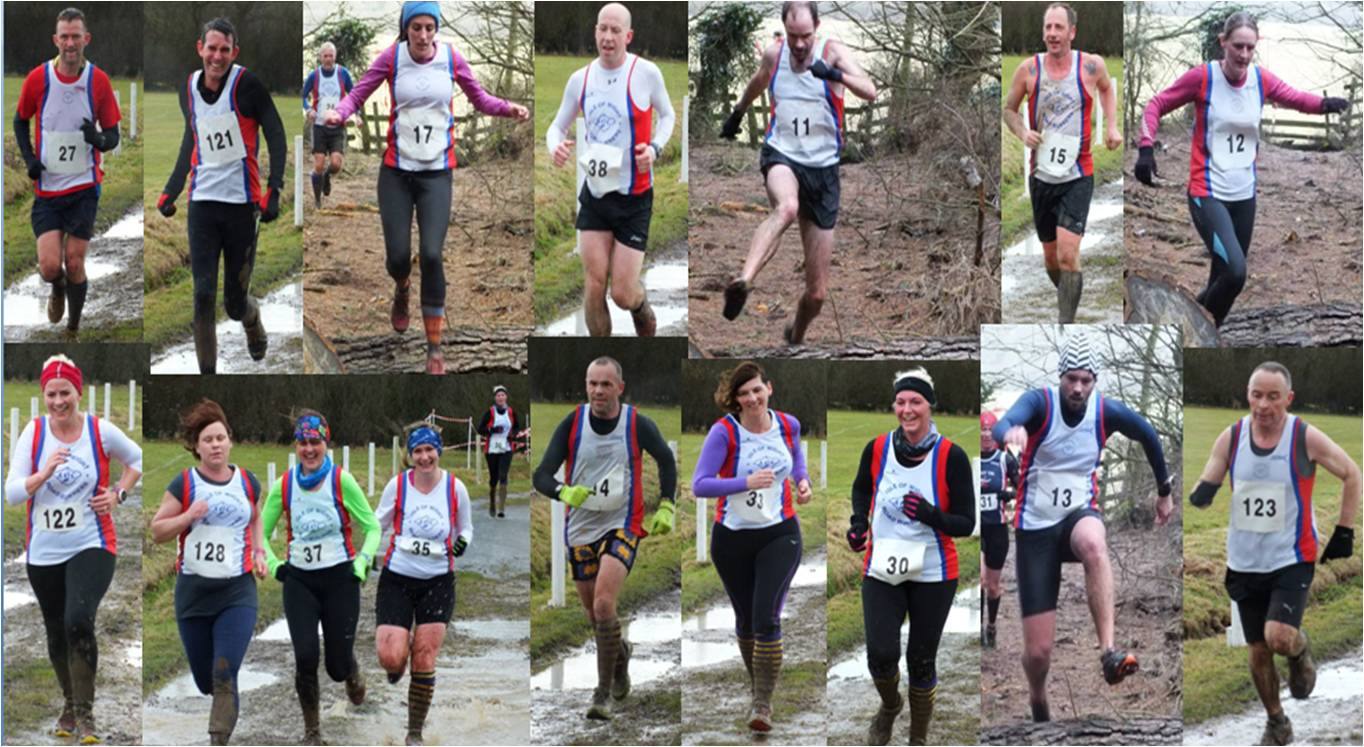 Congratulations all who tackled the XC and also to those that supported and helped marshal in that horrendous weather!

We had IWRR’s tackle a whopping three half marathons today. The weather wasn’t kind with intermittent icy rain and gusts of up to 30mph.

Birthday girl Sarah Holmes travelled to Brighton for the aptly named 25th Vitality Brighton Half Marathon. The race got underway early for the huge field of nearly 8,000 runners taking in some beautiful sights.  Congratulations on your PB Sarah: 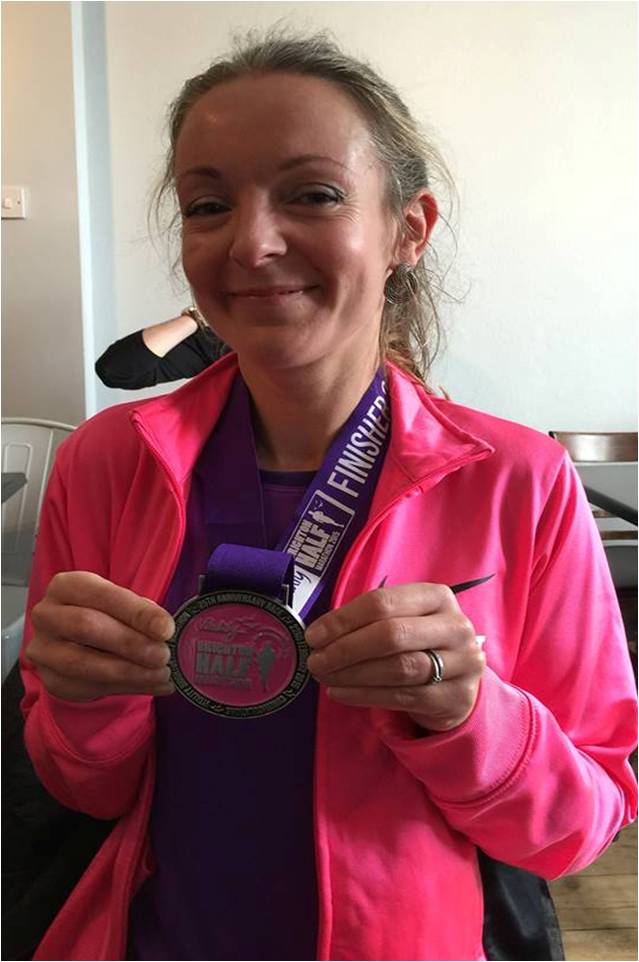 Nick Kenney took to the New Forest for the Heartbreaker Half Marathon, this was an undulating off road course of both a full marathon and half marathon. Nick came in 17th position  – excellent result:

Finally we had 8 tackle the Portsmouth Coastal Half Marathon starting and finishing in Southsea. Terrain consisting of road, grass, mud and shingle. Some superb times despite the icy rain and wind: 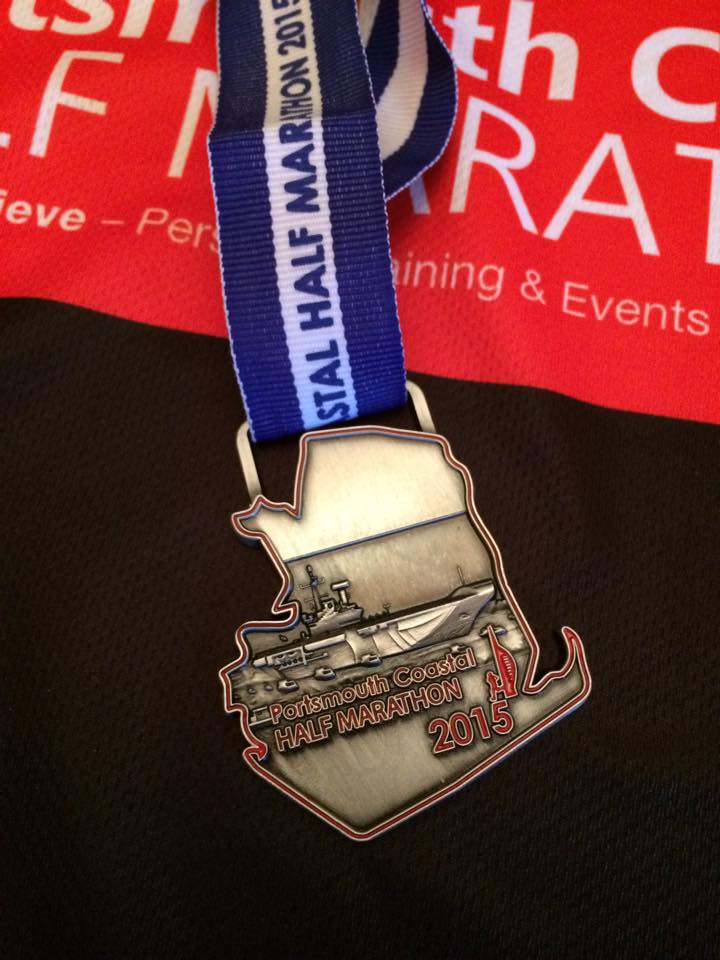